The Vice President of the Federal Republic of Nigeria has a stake with Simmon Coopers Partners has been linked to another firm known as Ocean Trust Limited which has allegedly been reported of N100bn scam involving Alpha Beta Consulting Limited and Alpha Beta LP.

Simmons Coopers was listed as a company in which Prof Yemi Osinbajo (now Vice-President) had a stake in his asset declaration form in 2015, according to the statement by the Senior Special Assistant to the President on Media and Publicity, Garba Shehu. 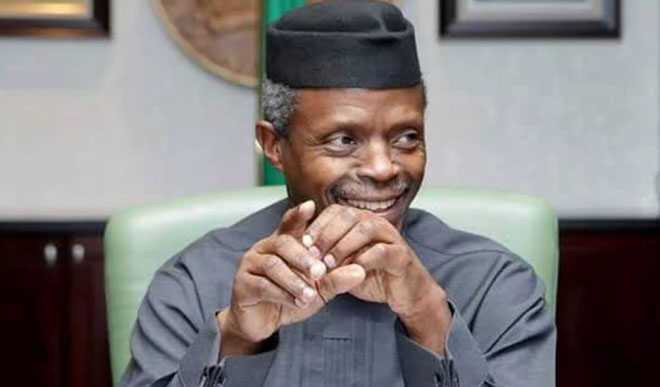 In a petition submitted to the Economic and Financial Crimes Commission in  July 2018, Dapo Apara, the managing director of Alpha Beta, had alleged that Alpha Beta owed the Federal Government N100bn in unpaid taxes spanning over 10 years, adding that the firm usually laundered funds through another firm, Ocean Trust Limited.

He also stated that the firm was being protected by powerful politicians.

The petition by Apara’s lawyer, Adetunji Adegboyega, read in part, “Over the years, the company (Alpha Beta) has been protected and shielded by some powerful politicians and people in the society which made them to always boast of being untouchable.

“But our client, feeling the need not to keep quiet again and strengthened by his belief in the fact that the government of President Muhammadu Buhari is keen on fighting corruption which has been the bane of our country, is of the firm view that it is time to expose and open the can of worms called Alpha Beta Consulting.

“Our client is of the firm belief that it is time for the commission to step in and conduct a holistic investigation into the activities of Alpha Beta Consulting Limited and Alpha Beta LLP with a view to uncovering the massive corruption, money laundering, tax evasion, etc., going on in the company.

“Kindly note that one of the companies being used to perpetrate money laundering by the company is still another company named Ocean Trust Limited.”

When contacted on the relationship between Osinbajo’s firm, Simmons Coopers and Ocean Trust, the Senior Special Assistant to the Vice-President on Media, Mr Laolu Akande, said he would not comment on the matter unless PUNCH showed him the document indicating Simmons Coopers was Ocean Trust’s company secretary.