Tottenham and Liverpool saw an interruption to their Champions League final in Madrid, as the game was halted for a few moments as a streaker ran onto the field. 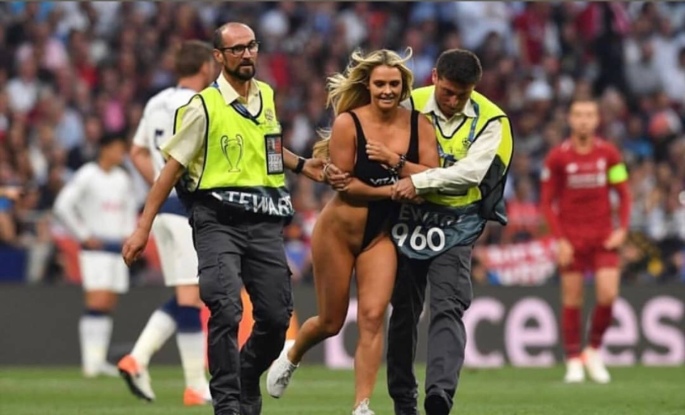 One female in a black leotard invaded the pitch and play was stopped by the referee until she was removed – and images then showed that her attire featured the words ‘Vitaly Uncensored’ – a Russian-American YouTube personality.

After fame with more videos, usually pranks, Vitaly Zdorovetskiy featured in a film titled ‘Natural Born Pranksters’ and it is not the first time he has been connected to a streaking.

On June 10, 2016, Zdorovetskiy was arrested for streaking during Game 4 of the NBA Finals between the Cleveland Cavaliers and the Golden State Warriors. He was also arrested for running onto the field in a baseball match, while he previously attracted attention from the authorities for trespassing on the Hollywood sign.

While it was not him who invaded the pitch at the Wanda Metropolitano Stadium, it is understood he was behind the incident.