Rapacious middlemen and coaches with forged or few qualifications are trying their luck in China’s fast-growing grassroots football, imperilling its ambitions to become a major force in the sport, insiders warn.

At the behest of football-fan President Xi Jinping, for whom it is a soft-power tool, the world’s second-biggest economy is throwing resources at the game domestically.

Central to that is getting more youngsters to play at schools, clubs and academies. The education ministry plans to have 50,000 “schools characterised by soccer” by 2025.

But five people involved in youth football in the country told AFP they had encountered coaches with counterfeit certificates. Just being from overseas was sometimes enough to get work, many involved in the scene said, as so-called coaches — Chinese and foreign — rush for a share of the money swilling around football in China. 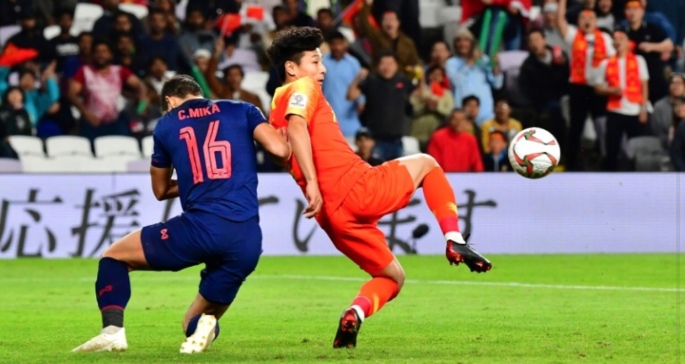 Former international forward Xie Hui, now an assistant coach at Chinese Super League (CSL) champions Shanghai SIPG, said there was “a huge problem” with youth coaching. “Even if you give them Wu Lei, they will erase (his talent), that’s the reality,” the 44-year-old told AFP, referring to the Chinese forward who recently left SIPG for Spain’s Espanyol. “Nothing has (improved) in 20 years because there is no building (effective structure). It’s almost a desert of youth football education.”

Despite a population of 1.4 billion China have qualified for the World Cup only once, in 2002, when they exited without a point or even a goal. President Xi’s government is pouring money into youth football, but Xie said it was often going to waste. He alleged that some schools were even making up results without playing matches. One well-qualified coach, who did not want to be identified because he was not authorised to talk to media, said there was a “free-for-all” and bemoaned how unscrupulous coaches were giving the rest a bad name. Mario Castro, who holds a UEFA B licence from the Portuguese football federation, paints a similarly bleak picture. “We have three huge problems in China: the fake coach, the unqualified coach and the coach without knowledge,” said Castro, who has worked in China since 2016 and is technical director at a Shenzhen-based tie-up with top-tier French club Toulouse. “In the small cities the academy or company needs a foreign face, even if the coach doesn’t have a degree or UEFA certification. “In the big cities there is a huge market in part-time coaching and most of the coaches don’t have a certificate to be a coach or work with children because it is very difficult to find a real coach to work only a few hours per week.”

The Chinese Football Association (CFA) declined to comment on the situation when approached by AFP. But the organisation last month issued a set of rules in an effort to regulate the chaotic coaching market — a tacit admission that a problem exists. Tom Byer, a renowned coach with vast experience of grassroots football in several countries, said the problem of ill-equipped coaches was not unique to China.

And the American, who has worked with the Chinese education authorities, said that he had never come across a “fake” coach. “But I can imagine there are some charlatans out there,” he said, adding that the profession was blighted by various “scams” in China.

Among those, according to several figures in the sport, are middlemen given money by local authorities to find foreign coaches for schools, only to keep as much as half of it and pay the coach the rest.