Indonesian cryptocurrency and payments company Pundix has introduced a point of sale terminal at a shop in Nigeria, allowing people in the West African country to make purchases using cryptocurrency, including bitcoin. The move is seen as key to scaling up cryptocurrency adoption and development in Africa’s biggest bitcoin market.

A Nigerian importer and distributor of agriculture products has installed a point of sale payment system that is underpinned by cryptocurrency such as bitcoin (BTC), in what the owners claim ‘is a first in Africa.’

In addition to using conventional currency, shoppers at Joetech Systems Ltd can now pay for goods and services on the XPOS terminal using bitcoin and three other virtual currencies, including ethereum.

Payment is completed within seconds.

The terminal has been launched in partnership with Indonesian cryptocurrency and payments company Pundix, which has shipped or is in the process of shipping up to 5,000 XPOS devices to several countries including Colombia, the UK, Korea, Hong Kong, Switzerland and Brazil.

The payment system works more or less in the same way as the traditional POS system, only that the terminals connect to the blockchain and settlements are made via virtual currency. Pundix, the XPOS maker, says the device supports transactions through mobile wallets and bank cards.

Michael Lawal, business development manager at Pundix, explains how the new payment platform works, at Joetech Systems Ltd in Nigeria. “I have 0.01 BTC and I am going to make a transaction of 200 Naira (Nigerian currency),” Lawal said, in a video demonstration, on September 28. 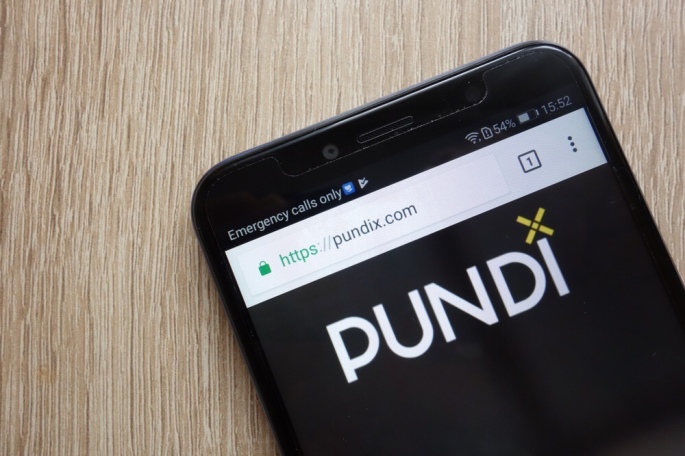 “The cashier provides three options – to pay either with cash, XPass card or XWallet. If you are paying with Xwallet you will need to scan a QR code. I am going to use XPass card and pay using BTC.

“Once you choose your payment option, the cashier automatically calculates the rate of conversion using current market rates to the local currency, which is Naira. You have two seconds lock in period to safeguard the consumer and the merchant,” he said.

As the machine issues a receipt within seconds of initiating the transaction, signalling success, Lawal declared: “That was the first live transaction in Africa, it happens in Nigeria. Blockchain adoption is very possible. We will continue to collaborate and partner with people who believe in the true adoption, scalability and speed of blockchain.”

Ezenwa Ndukwe, managing director of Joetech Systems Ltd, had not responded to our request for comment at the time of going to press. Pundix co-founder and chief executive officer, Zac Cheah tweeted that the “first XPOS went live in Nigeria…”

With a population in excess of 185 million, Nigeria is not only Africa’s most populous nation but also the continent’s biggest bitcoin and cryptocurrency users. Nearly $260 million worth of bitcoin has been traded by Nigerians on just one exchange, localbitcoins.com, according to a report by the platform earlier this year. However, issues of regulatory uncertainty continue to cast a shadow over the future of cryptocurrency in the West African country.

The Central Bank of Nigeria (CBN), which has previously cautioned against buying and selling cryptocurrency, this week reiterated its warning. “We have not seen any country where cryptocurrency is regulated,” Godwin Emefeile, governor of the CBN, told a meeting in Lagos. “We are not at home with cryptocurrency because there is no issuing authority…”